I've been playing Real Time Strategy games for ages. Since Dune 2, through the C&C and Craft series. I'm more than a little biased towards the C&C series. I love it. So much so that I was at one point a co-director of the world's leading C&C fan site - PlanetC&C, on the GameSpy Network. In the Command & Conquer community I'm known as Cypher - writer of the Canon of C&C, not the nicest of the Official Forum moderators and all around C&C Lore Guru. And though I'd love to some day have a guiding hand in Rebooting the Tiberian lore, it's time to create my own world.

About a Year ago or more, Mark Skaggs (former Red Alert 2 producer and current Zynga exec) came to the C&C community in search of creatives, of modders, to join him in discussing and brainstorming a new, highly moddable mobile RTS. Not a a whole lot has come out of it, as far as I know, except for Empires & Allies 2. However, I came out of those sessions with an interesting Core Mechanic to try in an RTS.

Well no, I'm not a futurist. Nor do I intend on foretelling our doom. It's just a story.
I am, however, a software architect, working on a Learning Smart Agent. A smart agent capable of Cognitive reasoning, or the simulacra there of, and applications in many different fields, from monetary fraud, through Physical and Network Cyber Security, to actual Civilian and Military security. A single core product, with the flexibility and scalability to be applied to pretty much any field.

A Smart Agent which, in concept, is really not unlike the Machine or Samaritan in Jonathan Nolan's Person of Interest TV show.

There is no shortage of similar solutions nowadays. Most of them based on large computing clouds, like IBM's Bluemix platform or even Google's own datasphere, based on their interconnected products. I suspect that even PornHub's Bang.Fit sexercise system might be based on a similar solution, if not an actual Bluemix app.

Some Sci-Fi stories deal with AIs becoming self aware and going rogue, trying to take over humanity. A Singulairty point, beyond which we humans cannot possible defend ourselves against a Super Intelligence so far beyond ours, so alien to ours, as our is to that of an Ant. We have no chance. 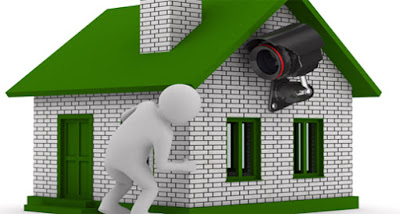 In Person of Interest, however, though the story deals with the Admin teaching the Machine morals, and the Machine having some sort of ability to Ask new questions, a form of curiosity usually associated with sentience, the more interesting concept presented in the show doesn't require any actual sentience or self awareness. Though, certainly, the ability to calculate and "predict" the chances of a crime occurring, or even basic morality based reasoning, would fool any Turing Test.

But, as I said, I'm not going to foretell our doom.
Hell, if anything, our doom will come from the Blissful Stagnation our AI overlords will allow us.

And while these ideas are intriguing enough to discuss ad infinitum, what caught my eye, as a Game Designer, was the God Mode presented in the show.

The Machine sees everything, hears everything. Hell, with Cell Phones it can even go SONAR (it didn't, yet, in the show). It is connected to the city's CCTV system. This gives any Human Agent of the Machine - provided the Machine is supplying real time information - the ability to "predict" where a threat is coming from. Or, rather, the Machine does the actual Spotting, telling the Human Agent where to shoot, before its enemy even enters the Line of Sight. Not Unlimited Ammo or Unlimited Armor, but certainly a realistic sort of God Mode. Kinda.

In FPS it's easy. But, as a long time fan of RTS, I wanted to apply this "realistic" God Mode mechanic on the tactical and strategic levels. Thus was born Project NIV.

When approaching Game Design, I like to work on both Fiction and Gameplay together. I believe they drive each other. The idea being that Intuitivity of Control is driven by Immersion, and Immersion cannot come from a detached experience between the gameplay of the world and its narrative. The Goals are clearer, the Controls are clearer - the experience flows better.

This is why I described, above, briefly, the abilities of such an Agent and have opened the door for discussion about the AI controlled or Smart Agent affected world. Many of these considerations have come into my design - dealing with Abilities and Weapons as well as Weaknesses of the Machine driven faction of Project NIV.

As I mention in the About page, I'm a Psychology student, which goes hand in hand with being a developer on a Learning Smart Agent. I implement many of the things I learn in Cognitive Sciences in my software. Thus it seems only natural to draw similarities and correlations between how an AI or a network of connected Surveillance Fed Smart Agents would operate and how a Human Brain would operate.

Namely, for the Core Mechanic of Project NIV, I'm referring to the Attention Resources Theory.